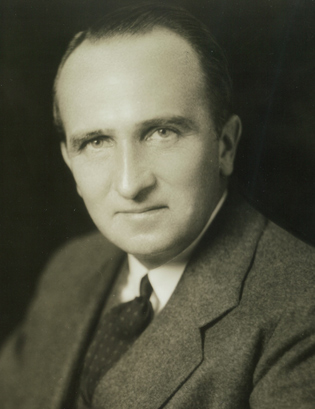 Vladamar (Junie) Johnston was born about 1895. He joined A.G. Becker in Chicago in 1919 after attending the University of Michigan and the Michigan College of Mines. He retired as a Captain from the U.S. Army with which during World War I he spent two years in field artillery. He came over to Becker with Fran Patton from the Chicago office of Halsey, Stuart & Co. In 1925, Johnston was elected a Vice-President and transferred to and became head of the New York office (first opened in 1919). The office was just opened in a new building at 54 Pine Street owned by Becker. Junie built an Eastern region commercial paper and fixed income securities sales force, directly and in time, through sales managers. He was active and successful in the development of new corporate finance clients. He retired in about 1960 and died in 1964.