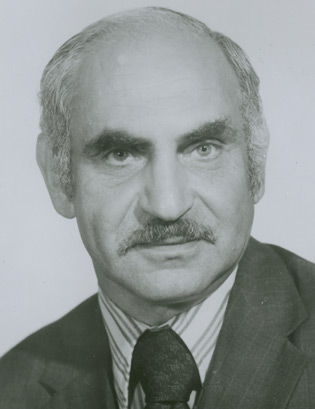 Stanley (Stan) Wirt was born in 1923, grew up in New York, attended the University of Wisconsin, served in the Air Force during World War II, ended up in Clarendon Hills (a western Chicago suburb), and joined Becker Chicago in 1950. Stan assisted and supported Kent Sykes, and with his retirement in about 1965, took over the role of registration statement drafting and advertising approvals and placement. Stan was also a part of the corporate client external information program. Stan participated with Ben Laitin in the very successful “Man from A.G. Becker” ad campaign as described in the External Communications Appendix. In addition, Stan was the Executive Director of the A.G. Becker Foundation and oversaw the James H. Becker Scholarship Program as well as the general grant making process carried out a committee in each Becker office. Stan retired in about 1982, moved to California, and died in 2004.

Obituary:
Chicago Tribune, May 21, 2004. Stanley S. Wirt, 81 years old, passed away in Los Gatos, CA on May 17, 2004 from the long-term effects of Parkinson’s disease . . . Stan grew up in New York, attended the University of Wisconsin Madison, and was a lead-navigator in the Air Force during WWII. He lived in Clarendon Hills for 49 years, worked for A.G. Becker in Chicago for 32 years and was instrumental in their foundation to help underprivileged youth at the Chicago Youth Centers. Stan was also a founder and president of the Clarendon Hills Public Library and among the most regular of patrons at Timber Trails Golf Club. He was survived by his widow, Petie; a son; a daughter-in-law; two grandchildren; a sister, two nieces; and two nephews.