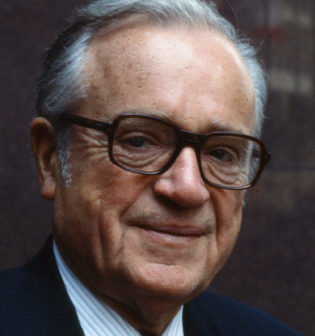 As of 7/16/1977. Rudolph (Rudy) A. Peterson, San Francisco, is chairman of the policy committee and a director of The Becker Warburg Paribas Group. He also is chairman of Warburg Paribas Becker. Rudy joined the firm in May, 1976, after serving as administrator of the United Nations Development Programme from 1972 to 1976.

He was born in Svenljunga, Sweden, in 1904 and emigrated to California as a child. After he graduated from the University of California at Berkeley (1925), he began a career with the Commercial Credit Corporation. He was promoted to headquarters in Chicago, but in 1936 he joined the Bank of America. He spent two decades in California before leaving for six years with the Bank of Honolulu. He was president of the Bank of Honolulu when Bank of America lured him back in 1961, making him vice chairman. The bank named him president and chief executive in 1963, when it had $14 billion in assets and about 20 foreign branches. When he retired at the end of 1969, it’s assets had nearly doubled and it had added about 80 branches overseas.

Obituary:
New York Times, December 11, 2003. Rudolph A. Peterson died Dec. 2 at his home in Piedmont, Calif. He was 98. Peterson was survived by his second wife, Barbara; a daughter; a son; three stepdaughters; and a stepson. 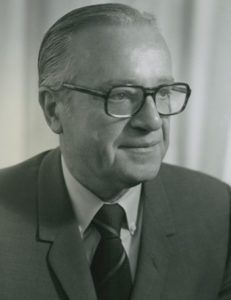