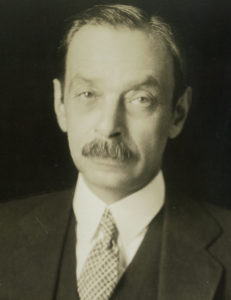 Robert (Bob) Schaffner was born in 1876 and grew up in Chicago. Mr. Schaffner was educated in the Chicago public schools. As described in the Chronicle, just as the Herman Schaffner Bank failed and his father committed suicide, young Robert, at age 17, was scheduled to begin his college education at Harvard. Instead, he became a founding employee in his uncles’ business, A.G. Becker & Co. Robert learned the commercial paper business in some depth, and assisted his uncle, until his death in 1925, to expand the organization and the range of securities in which the firm dealt. With his uncle’s death, Robert took command of the business as President and managed Becker through the later 1920s, the crash of 1929, and the early depression years, including the initiation of securities and banking regulation in the early 1930s. Robert Schaffner became Chairman and David Stern President sometime in the late 1930s or the early WWII war years. During this whole period, along with Irving Sherman, David Friday, and Gerald Dunne, Schaffner had a keen interest in the economic development of Germany and often visited Europe. He was a director of the Goodyear Tire, Hammermill Paper, Penick & Ford, and Valley Mould and Iron. With Bob Schaffner’s death in 1946, David Stern became Chairman of the firm, and shortly thereafter, Jim Becker became President.

Obituary:
Chicago Tribune, November 14, 1946. R.C. Schaffner, Banking Firm Chairman, dies. Robert C. Schaffner, 70, of Highland Park, chairman of the board of A.G. Becker & Co., investment banking firm with offices in Chicago and New York, died yesterday after a long illness in Michael Reese Hospital. Mr. Schaffner was educated in the Chicago public schools. He was survived by his widow, Frances, and a daughter. 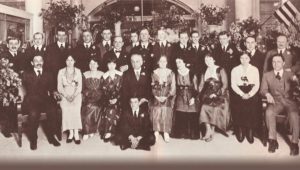