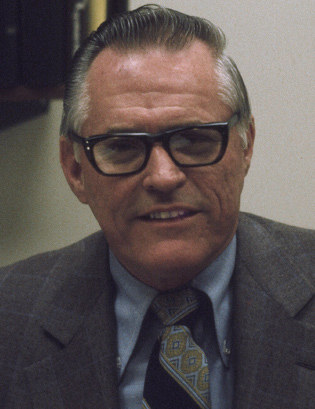 As of 7/15/1977: Richard P. Cooper, Chicago, is vice president and manager of Operations in Chicago with Becker Securities. Dick joined the firm in 1969 with eight years of management from Reynolds Securities. He attended Northwestern University. Dick began work in the securities field as a messenger in the mailroom. He served in the Army in the South Pacific in 1943-5. He worked at Becker for 14 years, leaving in 1983 to form a retail sporting goods store in Rolling Meadows, and to coach a softball team – both life dreams. The store lasted 10 years yielding to competitive pressures, but Dick considered it the best 10 years of his life. After his retailing experience, he retired and passed away in 2006 at the age of 82.

Obituary:
Richard (Dick) P. Cooper died of a stroke on Wednesday, Nov.22, 2006, in Schaumburg, IL. He was survived by his wife, Erma, and a daughter.