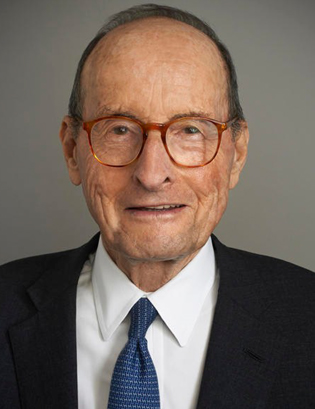 Richard (Dick) Elden was born in Chicago in 1933 and raised there. He graduated from Northwestern University in 1956 and received an MBA from the University of Chicago School of Business (Booth) in 1966. Between Northwestern and Booth, Dick had various journalistic jobs. For a few years, Dick was a Financial Analyst with SRA and then became a securities analyst with Becker, having been recruited by his friend, David Heller. Dick worked about three years with Becker during which time he refreshed his friendship with Frank Meyer whom he had known at Booth. Dick left Becker in 1971 to form Grosvenor Partners, the first US-based fund of hedge funds. Frank Meyer joined Grosvenor in 1973 and Dick and Frank worked together for 13 years in building Grosvenor. DIck retired from Grosvenor in 2005 at which time Grosvenor’s assets under management were $13.4 billion. More recently, Grosvenor’s AUM are about $50 billion.

Obituary: As reported in the New York Times of July 17, 2018, Richard Elden, 84, “innovator of hedge funds,” died at his Chicago home on June 27. The cause was metatastic melanoma. As noted above, Dick was born in Chicago in 1933. He graduated from Northwestern in 1956. After college he worked as a business reporter for various news services and graduated with an MBA from the University of Chicago in 1966. After a short stint with the financial office of IBM he joined Becker as an analyst where he renewed his Booth relationship with Frank Mayer. At Becker he became familiar with a range of investment strategies involving long-short positions through various vehicles – so called “hedge(d) funds.  He left Becker to form with Mayer the Grosvenor Funds, initiating the first “fund of funds” in America, involving a diversification of investment managers and investment strategies. In those early years, Elden initiated contact with such well known hedge fund sponsors as Julian Robertson, David Einhorn, Stephen Mandel, Michael Steinhardt, and Carl Icahn. Dick retired from Grovenor when its assets under management were about $13 billion; lately Grosvenor’s assets have exceeded $50 billion. Dick was a life long friend of various members of Becker management.