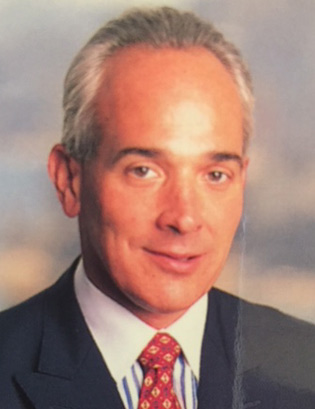 In mid-977: Randy Harris, Chicago, was an assistant vice president, general counsel and manager of the Legal Department of The Becker Warburg Paribas Group. He joined the firm in 1974 as an attorney, with previous experience at the Securities and Exchange Commission. Randy is a graduate of Grinnell College (B.A. degree, 1967) and George Washington University Law Center (J.D., 1970).

In 1982, Randy moved to the New York office to handle the growing requirements of BWP  general counsel.  After about a year, he turned over the role of General Counsel to Steve Looney and joined Ray Holland in the management of the Dealer Services Business. When that business was sold, Ray went with it and Randy stayed back to join Herve Pinet’s Operating Committee.  With Dan Good’s departure, Randy became Chief Operating Officer under Pinet and Heiman. In April, 1984, with Barry Friedberg, Randy took a central role in the purchase by Paribas of the Becker Paribas employee shares, and later, assisted in the sale of a major portion of Becker Paribas to Merrill Lynch.  He then joined Merrill Lynch, and over time succeeded to a major management role in Merrill’s Asian area operations, before retiring to Hawaii