As of 7/16/1977. Karl L. Hermann, New York, is a managing director and manager of international corporate finance activities for Warburg Paribas Becker. He joined the firm in 1977 with prior associations as general manager of B.Metzlerseel Sohn & Co. and as deputy director of banking and finance for BASF Aktiengesellschaftin in Germany. Karl received a commercial law degree from the University of Paris (1962) and an M.B.A. degree from Harvard Business School (1964).

Obituary: Karl-Ludwig Hermann died peacefully on Wednesday, February 6, 2019, in his home in Naples FL at the age of eighty-three. He is survived by Alex, his wife of fifty-six years, his daughter Nina of Zurich, Switzerland with her husband Nicolas von der Schulenburg and their children Eloise, Henry, Jeffrey and Alexa, his daughter Virena of Madison, CT, his daughter Carina of Northampton, MA, and by his son Karl-Peter of New York, NY with his wife Mariska Hargitay and their children August, Amaya and Andrew. Karl-Ludwig is also survived by his sister Heidi Kreusler and his brother Dirk, both of Hamburg, Germany, his brother Reinhard having predeceased him. Karl-Ludwig was born in Beuthen, Germany in 1935. He earned a Doctorate of Law from Cologne University, a Doctorate of Law from University of Paris, Sorbonne, and an MBA from Harvard Business School. He worked as Director of Finance at BASF AG, in Ludwigshafen, Germany, General Manager at Bankhaus Metzler seel. Sohn & Co., in Frankfurt, Germany, Managing Director at Warburg Paribas Becker Inc. in New York, before undertaking an independent business venture. He was an avid photographer, lover of music and student of history. He retired from the professional world after an automobile accident in 1987. He spent the subsequent thirty-two years deepening and sharing his infectious love of life, as well as his kindness, grace and humor with his family and friends. Karl-Ludwig and Alex have lived at Kensington Golf & Country Club in Naples since 2003, and Alex is grateful for the many beautiful years they were able to spend there together. The whole family expresses their deep gratitude to Pierre “Carlos” Numa, Karl-Ludwig’s devoted caretaker for the last twelve years. A Holy Mass will be celebrated at St. Josef Catholic Church in Klosters, Switzerland, where Karl-Ludwig will be put to rest. Donations in his honor may be made to St. Matthew’s House, Naples.Published in Naples Daily News on Feb. 15, 2019 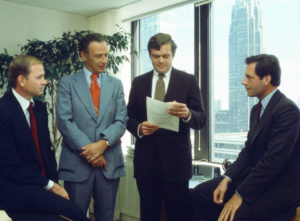 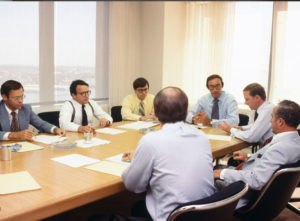