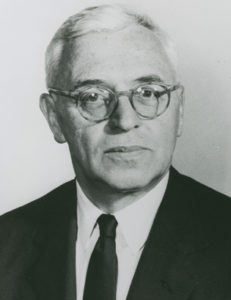 Joseph (Joe) was born in 1897. He graduated PBK from the University of Chicago in 1917 and after a few years in retailing joined Becker in 1922. Very early Joe Levin was in charge of advertising and publicity (see Appendix on Communications), and gained local and national awards and recognition for the firm. Additionally, he was in charge of securities registration law compliance. Throughout his later years, he was an active originator of new business relationships particularly in the petroleum industry and among other relationships, handled those with Ashland, Amurex, and Murphy, as well as Mansfield Tire and various other companies, many of which he was a Board member. Joe was elected a Vice-President in 1936, a Director in 1954, Executive Vice President in 1959, and Chairman of the Executive Committee in 1961. Joe retired at the end of 1965 and he died in 1972.

Obituary: Chicago Tribune, March 20, 1972. Joseph J. Levin, 75, of 2400 N. Lakeview Ave, former executive vice president and chairman (of the executive committee) of A.G. Becker & Co., Inc., died Saturday at his home. He was former chairman of the Chicago chapter of the American Jewish Committee and it’s national vice president and former president of the Chicago chapter of the United Nations Association. He is survived by his wife, Madeleine; two daughters; and two brothers. 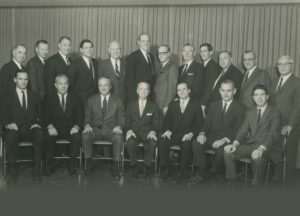