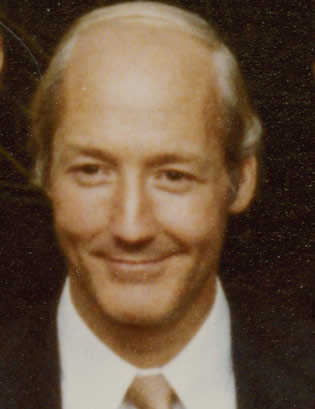 John (Jack) Hyland joined Becker in October,1980, as Vice-Chairman of A.G. Becker and of Warburg Paribas Becker and Director of the holding company. At employment, he also joined Ira Wender, Jack Donahue, and Dan Good in a a top management group of four, replacing the then existing Management Committee. He worked in a leadership capacity with the credit securities and corporate finance personnel on various programs and proposals until the acquisition by Merrill Lynch in August, 1984.

Obituary:
John W. Hyland Jr. passed away on August 11, 2017 in New York at the age of 79. Jack was a graduate of Williams College, 1959, and President of the Student Body, and then received an MBA from the Harvard Business School in 1961. He was a partner of Morgan Stanley for 18 years becoming head of corporate finance and then taking on international business duties. He then joined Warburg Paribas Becker as Vice Chairman and afterward went onto other investment related ventures. He was a director of various companies. He was active in academic, educational, and cultural organizations including being Co-Chair of the Columbia University Teachers College. He also authored various articles and books and was a professional photographer. He was survived by his partner, Larry Wente; his former wife, Karen; three children, and various grandchildren.