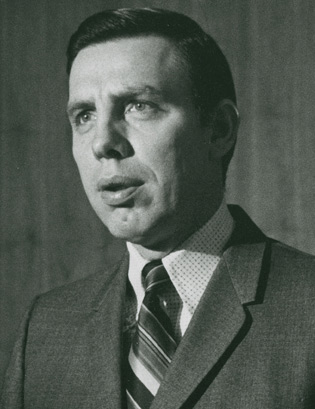 As of 7/16/1977. Donald D. Hahn, Chicago, is vice president and director of Research-Investments for Becker Securities. He was born in Green Bay, WI in 1934, and raised in Madison where he went to high school. He graduated from the University of Wisconsin in 1957 and received an MBA from the University of Chicago in 1959. He received his CFA in 1965. He worked at Northern Trust 1957-61, and at Newton & Co.,1961-1963. He joined Becker in 1964 as a research analyst. During his nineteen years with Becker, Don became a leading participant in the Investment Research Department, concentrating on technical analysis. Working especially with Roy Moor, and then with Stu Porter, Don’s analyses and interpretations were well presented and widely embraced, particularly by institutional investors. Don made a significant contribution to the PMA service.

In 1983, with two Becker colleagues, Don formed Hahn, Holland, and Grossman. He worked there for eleven years, then joined Mesirow Financial 1994-2007, after which he retired.