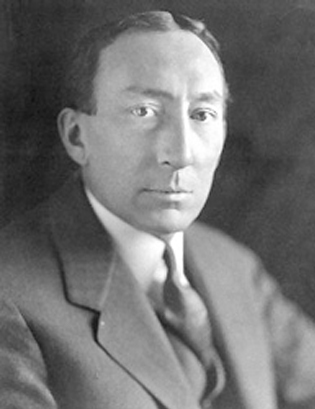 David Friday was born in 1887 in Coloma, Michigan. He received his B.A. degree from the University of Michigan in 1908 where he stayed on for four years and received a Ph.D. He was a Professor of Economics at Michigan from 1912-1916 and was active in the commerce curriculum. He moved to New York University in 1917 where he was head of the economics department until 1919, and then back to the University of Michigan until 1921. He then became the President of the Michigan Agricultural College 1921-1923 (later Michigan State University) and then became Professor of Political Economy at the New School until 1925, during which year he became an independent research and consulting economist. Dr. Friday was considered an expert in various economic sectors and industries, including agriculture, transportation, utilities, taxation, wealth distribution, and the German economy. He was an advisor to the U.S.Treasury and former chairman of the National Bureau of Economic Research. He was a member of a number of national and international economic associations and a prodigious speaker before a wide range of trade association conferences as one of the most recognized economists of his day. He was the author of three books about accounting and economics. As an independent economic consultant he apparently officed either in New York City or Washington.