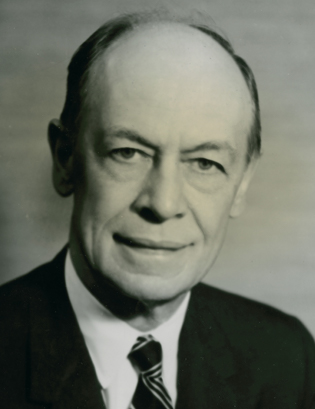 Arthur (Art) Curtis was born in 1906. He joined the firm in Chicago in 1927 in sales right after graduating from Northwestern University. He transferred to the New York office for 1929 to 1932, and then back to Chicago until 1939, when he was sent to Berlin for six months to assist and replace Irv Sherman. He then returned to the Chicago office, until 1942, when he entered the U.S. Army Air Force, retiring as a reserve Lt. Colonel in 1946. He was an avid letter writer in the AGB war time letter writing program described in the Chronicle. He then became the Syndicate Manager-Chicago and was elected a Vice-President in 1952. Art retired in 1970. The year of his death is not known.

Obituary:
Deceased but no obit located.