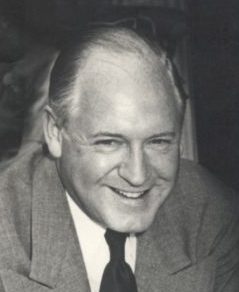 Andrew (Andy) Baird was born in 1897. He joined A.G. Becker immediately following graduation from the University of Chicago in 1921. His college career was interrupted by military service, being discharged as an Ensign in the United States Naval Reserve. He was elected a Vice-President in 1928 and a Senior Vice-President in 1963. He served the firm in various marketing and new business development capacities, originating a number of excellent corporate clients. He was a director of a number of companies, including Gerber Products, Sealed Power, and Younkers. He was in his time the leading representative of the firm in overall industry relationships, having served on the Boards of the Investment Bankers Association, New York Stock Exchange, National Association of Securities Dealers, Midwest Stock Exchange, and Chicago Bond Club, among other industry associations. He was a member of the Union League and the Executive Clubs and active with the Arden Shore Assocation. He retired in 1965 and he died in 1967.

Obituary:
Andrew Baird, 70, Investment Banker. Winnetka, Ill, May 9 (AP). Andrew Baird, a former Governor of the New York Stock Exchange and a retired investment banker, died today in his sleep at his home. He was 70 years old. At his retirement in 1965, Mr. Baird was senior vice president of A.G. Becker & Co., a Chicago-based investment banking firm. He had joined the company in 1921 as a sales representative. Mr. Baird was a governor of the New York Stock Exchange from 1961 to 1964. At various times he was also a governor of the Midwest Stock Exchange, the National Association of Securities Dealers and the Investment Bankers Association of America. He was president of the Bond Club of Chicago in 1952. Mr. Baird was a graduate of the University of Chicago where he was on the football team. He served as an officer in the Navy in World War I. Survivors include his widow, Alta; two daughters, and eight grandchildren.